REISSUE of THE INHERITANCE OF THE EARTH 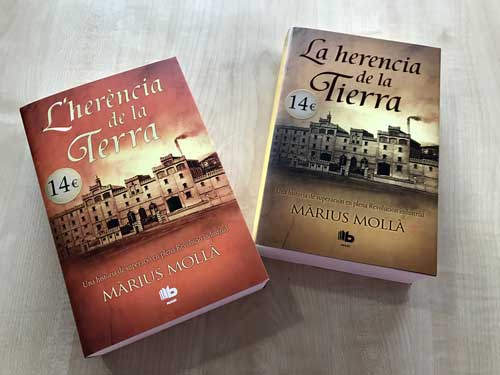 Since March 1, 2017, the bestseller, that was originally published in 2010, under the penname of Andrés Vidal has been available in the Z maxi format from Ediciones B. It appears simultaneously in Spanish and Catalan. This is the first time the book is available in Catalan. The story offers a chance to follow the life of Rosendo Roca, a man who refuses to accept his destiny. We accompany him and those around him during the nineteenth century in his determination to get ahead.